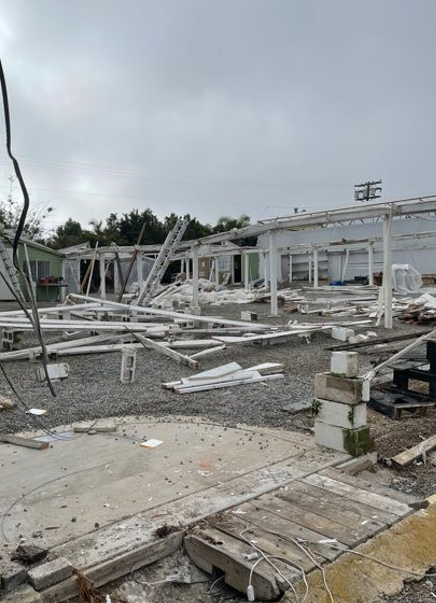 If you’ve been to Weidner’s Gardens lately you will notice we are tearing down some of our old wood greenhouses. These are the last three original greenhouses originally built by Bob and Evelyn Weidner.

When Bob and Evelyn bought the property in 1971 it was a clean slate and in 1974 they started construction on the greenhouses. In fact, we still have one of the original employees with us today that helped build the greenhouses back in 1974. Bonifacio has worked at the nursery for over 45 years and not only works in the greenhouses but also takes care of our furry friends in the retail center. If you hear the goats bleating in the afternoon, you are sure to see Bonifacio coming in to feed them dinner!

Back in the 1960’s and 1970’s most of the greenhouses in Encinitas were built out of wood like the ones we are replacing today. Over the years we have repaired and rewired but now it’s time for them to be retired. We actually overheard the termites saying that they were going to quit holding hands so we worried about the old greenhouses falling down on our heads.

Over the next couple months we will be building some new metal greenhouses just in time for poinsettia season. We appreciate your patience as we get through this period of demolition and regrowth.

Hope you are all enjoying your summer!